Open Letter From a Parent

My son has participated in several team sports programs since a young age. While his experience in each has been positive overall, he didn't particularly excel in that setting. He appeared to be a bit slower to develop his motor coordination than some of his peers and sometimes felt a little anxious about his performance. After a season or two in each activity his interest waned and he eventually asked to not continue participation for the next season. As time went on, it became somewhat of a challenge to find opportunities for fitness and social interaction outside of school that were attractive to him.

Knowing that I run frequently, one day my son asked if he could run with me. After a few outings together I asked him if he would like to train to run in a 5k event. Even though this is a pretty ambitious goal for an 8 year old... he wanted to do it! We put together a schedule, set some goals and registered for a 5k approximately two months away. We started with a slow pace and short distances and slowly pressed on. I could see his self-confidence and self-esteem grow with each passing workout.

When race day came my son finished the 5k relatively easily running the entire way. His sense of accomplishment and pride in himself was evident. One of the great things about running is that the enjoyment and sense of accomplishment is not necessarily competing against others, but in personal achievement and self-improvement. When you set a goal and attain it you feel like a winner (and are one) no matter where you come out in the standings.

While my son's personal running experiences have benefited him greatly in many ways, he was lacking the social interaction and fun that is the best part of team/group sports. But now he can have the best of both worlds. He is extremely excited about becoming a member of the Yorktown Roadrunners youth running club. He can't wait for the season to begin! He's also looking forward to running in another 5k at the end of the club's season.

The details of my son's journey may be quite different from others, but his experience is not unique. Team sports are wonderful in many ways and are a positive experience for most. But not everyone excels in this environment. If this story is similar to your own child's experience, give running a try and enroll him/her in the Yorktown Roadrunners. Even if your child does enjoy and excel in team sports, the club will be an excellent way to keep him/her physically active over the summer... all while having a good time.

We are glad for this club getting started and for this great opportunity! 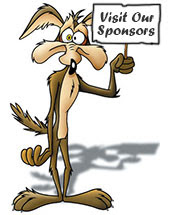